AudioControl has been very busy over the past few years developing new processors and amplifiers. At the 2018 Consumer Electronics Show in Las Vegas, AudioControl launched an entirely new series of micro-sized amplifiers designed to give enthusiasts amazing amplification performance from a compact package. While the amplifiers are small, they have the features and performance that you expect from the top audio company in the Pacific Northwest. Let’s check out the new Audio Control ACM amplifier series.

The new ACM series includes three models. The ACM-4.300 is a four-channel amplifier that will produce 50 watts per channel into 4 ohms, 75 watts per channel into 2 ohms and is bridgeable to provide 150 watts into a pair of 4-ohm loads. The two-channel ACM-2.300 provides 75 watts from both channels into 4 ohms, 150 watts into 2 ohms and can drive a single 4-ohm load with up to 300 watts of power. Finally, the cool ACM-1.300 is a full-range monoblock amp that provides 175 watts into a 4-ohm load and an impressive 300 watts into a 2-ohm load. Size matters when it comes to fitting amplification solutions into modern vehicles. The new ACM series amplifiers share a common stamped steel chassis design. All three amps are 9.4 inches long, 3 inches wide and only 1.75 inches tall. Connections are made along the long bottom edge of the amplifier and include quick-release speaker connectors, RCA jacks and a large terminal block for power, ground and remote connections. Forgoing the conventional pigtail wire connection design common to most other micro-sized amplifiers not only makes the ACM amps easier to install, but easier to service and move from one application to another. The presence of the sensitivity and signal processing controls on the top of each amplifier is not by mistake. Once installed in a vehicle, trying to access controls on the end-panel of an amp is inconvenient and frustrating. The new ACM amps have a removable top panel that conceals each amplifier’s controls.

Each amplifier includes a stereo gain control that is adjustable from 500mV to 6.0 volts to ensure compatibility with almost any source. A set of terminals on the side of the amp allows for direct connectivity to speaker-level signals for easy factory audio system integration. The speaker-level inputs will accept as much as 40 volts of signal. Speaking of integration, all three amplifiers include AudioControl’s GTO (Great Turn-On) circuit. When enabled, GTO will activate the amplifier as soon as it senses the factory source unit or amplifier is on.

To assist in setting up the amplifiers accurately, AudioControl has included a “Maximized” LED for each channel pair on the two- and four-channel amps, and one on the monoblock. The LED illuminates when the output level has reached the point that is starting to clip.

Finally, each amplifier includes AudioControls’s PFM (Programmable Frequency Match) Infrasonic filter. On the 4.300 and 2.300, the filter is set to 32 Hz, and on the 1.300 it is set to 24Hz. These filters help to optimize power delivery and reduce speaker excursion issues at extremely low frequencies. With PFM onboard, your music will sound better and play louder.

If you are listening to your music using deck power – be it a factory-installed radio or an aftermarket source unit – drop by your local Authorized AudioControl dealer and check out the new ACM series of amplifiers. These amps have the power, features and performance required to take your listening experience to a completely new level of musical enjoyment.
This article is written and produced by the team at www.BestCarAudio.com. Reproduction or use of any kind is prohibited without the express written permission of 1sixty8 media.

This site uses Akismet to reduce spam. Learn how your comment data is processed.

Ocala Car Audio has been in business since 2008. We would love to tell you a little bit … END_OF_DOCUMENT_TOKEN_TO_BE_REPLACED 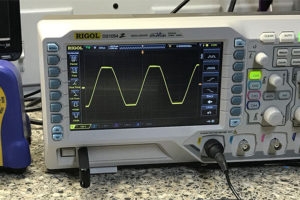 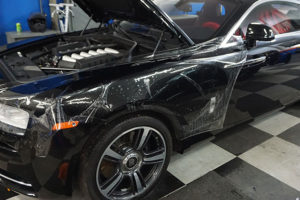 When it comes to keeping a new or freshly painted car or truck looking like new, paint … END_OF_DOCUMENT_TOKEN_TO_BE_REPLACED 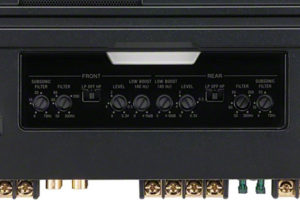 It’s time to look at the input stage of how a modern car audio amplifier works. The input … END_OF_DOCUMENT_TOKEN_TO_BE_REPLACED